The Twitter account @ill_legalhighs will retweet images of the football and ice-hockey players displaying up to eleven key messages to be tweeted out of the clubs Twitter accounts. The messages displayed on boards of red and blue depending on the team colours will highlight some important issues surrounding legal highs. 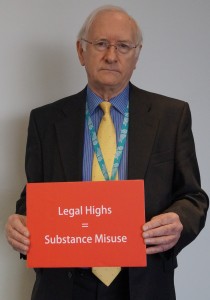 Dr Billings said; “I have been Police and Crime Commissioner for almost twelve months now. As I have met local community groups, local policing teams, MPs, councillors, medical professionals, teachers and many members of the public, across the county, I have been repeatedly told about concerns and anxieties about the growing use of legal highs.

“Young people in particular are taking them with very little idea about what they are or what the possible consequences might be not just for their health and well-being – though that is serious in itself – but also for their future prospects. They may be legal but that is not the same as saying they are safe. The principal issue is that no one who takes them has any idea what might be in them – and their content changes all the time.

“There is very little information available at the moment to advise young people – who may be as young as thirteen – and their parents about the dangers of legal highs and how they might affect any future plans young people may have.”
Legal highs are a compound of substances manufactured to mimic the effects of known illegal drugs such as cannabis, cocaine and heroin and are becoming increasingly popular with young people who may think that legal means safe. There is currently a bill going through Parliament to try and ban the sale of these New Psychoactive Substances (NPS), dubbed legal highs. The legal difficulty is being able to frame a law which is not dependent on naming particular substances – because the manufacturers simply change the make-up. Labelled ‘not for human consumption’, legal highs can be found in shops in town and city centres in South Yorkshire and are readily available to buy on the intranet.

The campaign aims to target those who may not realise the very real dangers of taking legal highs. Dr Billings continued: “We have chosen a social media campaign because this is the medium most likely to reach young people. I would encourage anyone on social media who see these messages to share, retweet and get involved.

“I would like to thank each of the football clubs and Sheffield Steelers for their support. They have committed the time of the footballers and ice-hockey players to be photographed and the resources of their staff and social media accounts to help share messages.”
Jim Lord CEO of Club Doncaster Foundation “Club Doncaster are supporting this campaign to help raise the awareness of the serious health risks and dangers associated with legal highs”.

The campaign is due to start on Monday 5 October and run until Christmas. Everyone can get involved by following @ill_legalhighs on Twitter or www.facebook.com/Illlegalhighs on Facebook and use the hashtag #ill_legalhighs. There is more information on the dangers of taking legal highs on the website www.ill-legalhighs.co.uk 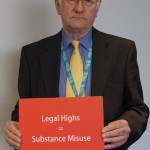 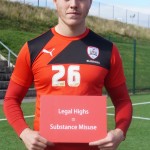 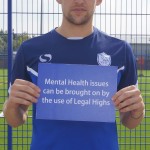 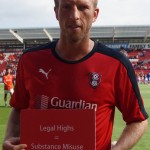 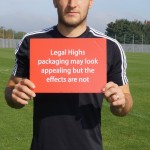 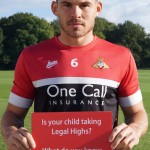 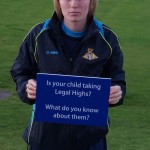 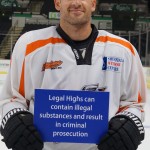 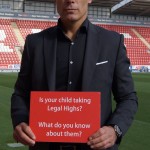 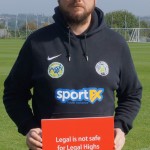 Visit our gallery to see who else is supporting the campaign.